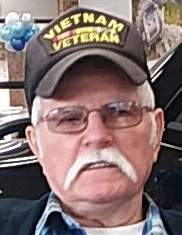 He was born in Middleburg, Ohio October 19, 1943, a son of the late Lowell Lemuel and Mary Evalena (Cox) Lane. He was also preceded in death by his brother, Gary Lane.

A United States Army Vietnam Veteran, Ranny was a lover of the outdoors and had earned the nickname “Frog”. He especially enjoyed fishing and riding his motorcycle with his family.

The staff of the Eichholtz Daring & Sanford Funeral Home & Cremation Center in Bellefontaine is honored to serve the Lane family.

To order memorial trees or send flowers to the family in memory of Ranny Paul Lane, please visit our flower store.