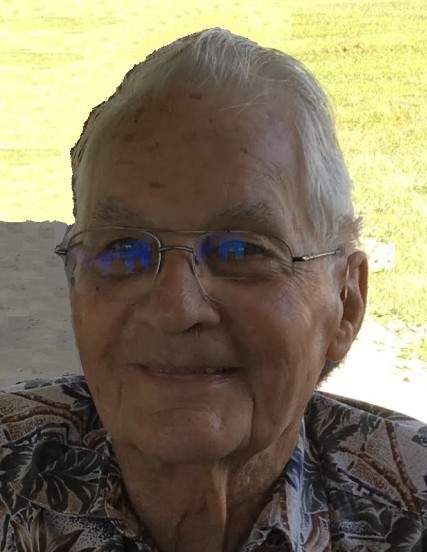 On May 31, 1944, Ray married the former Velma P. Fogt, his wife of sixty one years in Jackson Center, and she preceded him in death January 13, 2005. He was also preceded in death by his sister and brother-in-law,  Evelyn (Emmett) Oakley and his brother and sister-in-law, Merle E. (Kathryn) Leininger.

Following high school graduation, Ray served in the United States Army for three years, during which time he was stationed in the United States, Hawaii, Okinawa, and Korea. Following discharge in 1946, he farmed for two years. He and his brother Merle then started the Jackson Center Woodworking business in 1948. Ray bought out Merle’s share of the business in 1960 and continued as owner of Leininger Brothers Lumber until 1978. He then started Ray’s Specialties and repaired and customized Airstream interiors until 1988. In 1987-1988 he designed and built a tandem axle 21-foot Airstream R.V. out of a wrecked 31-foot trailer and enjoyed many trips throughout the United States, Mexico, and Canada.

Ray served on building committees for Grace Lutheran Parsonage, American Legion, the medical building on the west side of Jackson Center, the Airstream Wally Byam Caravan Club Headquarters building and served as President of The Miami Valley of Ohio unit from in 1982-1983. From 1952 until 1961, he designed and built furniture as a subcontractor for Airstream. After Grace Church was purchased by the Masonic Lodge, he helped rebuild the interior of the lodge. He developed Ray Leininger subdivision in Jackson Center in 1967, which included 31 building lots. He served on the bank board of Citizens Baughman Bank One for eight years and later as Director Emeritus. Over the years Ray was involved in many activities including Cub Master of Boys Scouts in Jackson Center, Master of the Masonic Lodge in 1953 and was Chaplain for twenty five years, 71-year life member of Scherer Post #493 of the Jackson Center American Legion serving as Commander in 1954 and chaplain for twenty five years, life member of V.F.W. Post 8445 in Wapakoneta, was Grand Marshall during Jackson Center Community Days in 1987, and was a Grace choir member for over fifty five years. He always enjoyed music especially his Lowery organ.

Ray was an avid golfer who won the Shelby County Open in 1977 along with many other golf tournaments. He enjoyed his garden which he happily shared with his family and neighbors. Since 1988, he has spent six months in Bradenton, Florida where he took part in many community activities at Country Village including golf, shuffleboard, pool, bingo and helping with potluck dinners. Ray’s favorite quote was, “A job worth doing at all is worth doing well”. He was extremely honored in 2015 when he was selected for induction into the Jackson Center Education Foundation Hall of Fame.

The family will receive friends from 3 to 7 p.m. Thursday, March 12, 2020 at the Grace Lutheran Church in Jackson Center.

To order memorial trees or send flowers to the family in memory of Ray Eugene Leininger, please visit our flower store.