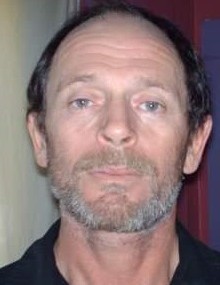 Ray was born in Bellefontaine August 12, 1959, to the late Omar and Mary (Thobe) Stevens.  He was also preceded in death by a brother, William Stevens and a granddaughter.

Ray worked many years as a welder first at Carter Steel in Bellefontaine and later in Columbus for Advance.  He loved fishing and then having a fish fry for the family.  Ray also enjoyed the time he spent with the grandchildren and extended family members.​

It was Ray’s wishes to be cremated and there will be no services held.

The arrangements are being handled by the staff of the Eichholtz Daring &Sanford Funeral Home & Cremation Center in Bellefontaine.

To order memorial trees or send flowers to the family in memory of Ray Edward Stevens, please visit our flower store.
Send a Sympathy Card