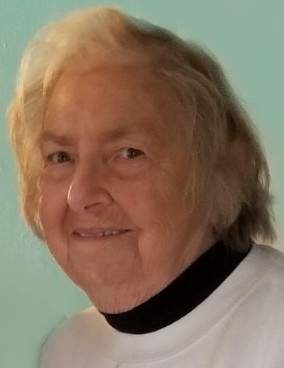 She was born in Champaign County Ohio March 17, 1935, a daughter of the late Ralph and Glenna (Krebehenne) Powell. In addition to her parents, she was preceded in death by a brother, Ron Powell; a daughter-in-law, Anita Robison and a son-in-law, John Porter.

She married James Dale Robison and he preceded her in death December 1, 1977.

Reva had worked for Myer’s Shoe store in Bellefontaine, Mad River Mountain ski resort before going to work for T.R.C. where she spent eighteen years.  She loved spending time with her family, especially her grandkids.  She enjoyed her dogs and enjoyed painting and ceramics and on Sundays, she liked to watch NASCAR.

The staff of the Eichholtz Daring & Sanford Funeral Home in West Liberty is honored to serve the Robison family.

To order memorial trees or send flowers to the family in memory of Reva Ann Robison, please visit our flower store.