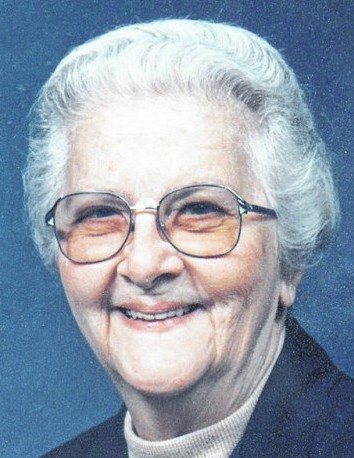 Burial at a later date

She was a creative, welcoming homemaker and farmers wife.  Her life of service started as a child at Ft Wayne Mission.  Throughout her life she fulfilled supportive roles in local churches, Brunk evangelistic outreach and Heralds of Hope ministry.  She was a member of the Dayton Mennonite Church in Dayton, Virginia.

In addition to her parents, Mrs. Peifer was preceded in death by her husbands, Eugene E. Neer, George R. Brunk II and Clarence E. Peifer; her son, David Neer, his wife Anita, and their daughter Sarah; her daughter, Elizabeth Rhodes and two siblings, Naomi Headings and John Weber.

A funeral service was held Sunday, August 30, 2020 at 3:30 p.m. at the Dayton Mennonite Church in Dayton, Virginia with their ministry team officiating.

Burial will be held at a later date at the Fairview Cemetery in West Liberty, Ohio.

The family thanks Sunnyside Community for superb compassionate care during her weeks with them as well as First Choice Hospice team.

Local arrangements are being handled by the staff of the Eichholtz Daring & Sanford Funeral Home in West Liberty.

To order memorial trees or send flowers to the family in memory of Rhoda Elizabeth Peifer, please visit our flower store.
Send a Sympathy Card

Burial at a later date