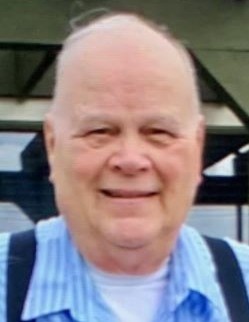 He was born in Wheeling, West Virginia August 30, 1940, the son of the late Richard Woodrow and Bernadene (Adams) Garrison.

Dick retired from the Ohio Casualty Insurance Company as Vice President and Director of the Special Investigation Unit.  He was a member of the Ohio State Highway Patrol and served 6 ½ years with the Central Intelligence Agency (CIA).  He was also honorably discharged from the United States Navy.  In his retirement he worked for the Steve Myers Service in Cridersville, Ohio which became a work family to him. After retiring from there, Dick continued to cook homemade lunches for them with love.

He also enjoyed woodworking, camping, fishing, traveling, attending reunions and industrial sewing where he would make boat and seat covers.  He attended the Pilgrim Holiness Church in Lima. Dick was a very giving man who had a strong faith in Jesus, believed in miracles and the power of prayer.

Pastor Caleb Zeigler will officiate a celebration of life service at 2:00 p.m. Saturday, November 6, 2021, at the Eichholtz Daring & Sanford Funeral Home & Cremation Center in Bellefontaine, Ohio.  Military honors will be provided by the Logan County Veteran Honor Guard at the conclusion of the service on Saturday at the funeral home. Please be symptom-free and practice social distancing.  Face coverings are optional.

Burial will be in the Bellefontaine Cemetery at a later date.

The staff of the Eichholtz Daring & Sanford Funeral Home & Cremation Center in Bellefontaine is honored to serve the Garrison family.

To order memorial trees or send flowers to the family in memory of Richard D. Garrison, please visit our flower store.