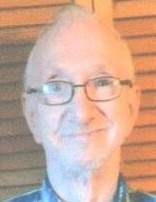 He was born January 7, 1951 in Bellefontaine, Ohio, a son of the late Roger Emerson and Donna June (Easton) Harbour. In addition to his parents, Rick was preceded in death by his brother Rusty Harbour.

On May 31, 1978, Rick married the former Beverly Lynn Godwin in Urbana, Ohio and she survives along with their children, Nicole (Mike) Walters and Jeremy (Ashley) Harbour; eight grandchildren, Andrew, Hannah, Allison, Faith, Josh, Shayne, Jacob and Lillian; a sister, Joyce Ball; a brother, Lee (Sara) Harbour and many nieces and nephews.

In his earlier years, Rick enjoyed playing the drums. Most recently, his interests included angels, listening to country music and “messing” on the computer.

The family will receive friends from 12 to 2 p.m. Friday, September 17, 2021 at the Daring & Sanford Funeral Home in DeGraff, where the funeral service will begin at 2:00 p.m.

The staff of the Daring & Sanford Funeral Home in DeGraff is honored to serve the Harbour family.

To order memorial trees or send flowers to the family in memory of Richard Irwin Harbour, please visit our flower store.