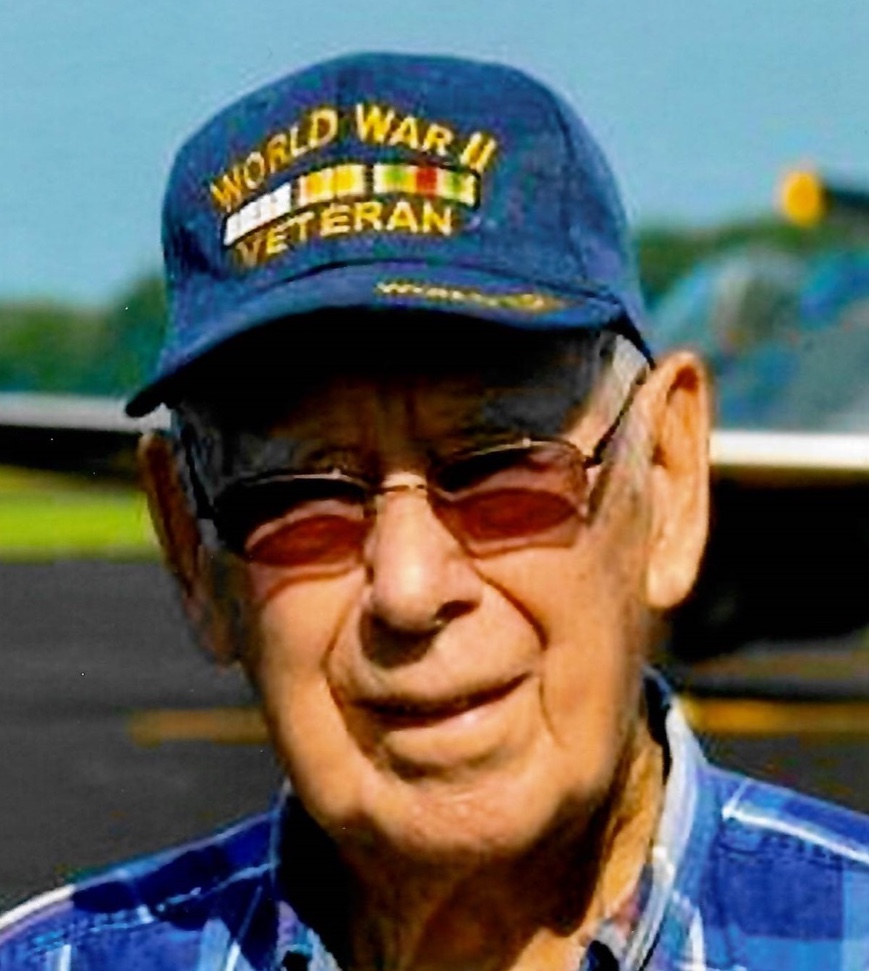 On August 30, 1943, Bob married the former Joanna Louise Symonds after returning from Navy boot camp, and she preceded him in death July 11, 2006. In addition to his parents and wife, Bob was preceded in death by his eldest son, Robert L. Ambos II; two sisters, Kathryn Cowan and Lucille Harris and three brothers, Robert Norman (deceased 11 days after birth), Virgil, and Darrell Ambos.

Bob was drafted into the United States Navy in 1943 and served in World War II until 1945 and received an honorable discharge. He loved to play his guitar and harmonica at local events in the 80’s to raise funds for the Jackson Center Rescue Squad by participating in GEE HAW at the local school. He also enjoyed his black powder rifles and shooting in competition at Friendship, Indiana. After he and Joanna retired from Airstream, they spent their winters at Ft. Myers Beach, Florida for 20 years. Returning to Ohio full time they enjoyed all their grandchildren and great grandchildren. Bob was a member of the Emanuel Lutheran Church in Montra, the Jackson Center American Legion, and a life member of VFW Post 8445 in Wapakoneta.

The family will receive friends from 4 to 8 p.m. Thursday, January 20, 2022, at the Eichholtz Daring & Sanford Funeral Home in Jackson Center.

Pastor David Sanders will officiate the funeral service at 10:00 a.m. Friday, January 21, 2022, at the Emanuel Lutheran Church in Jackson Center.

Burial will follow the funeral service at the Glen Cemetery in Port Jefferson, Ohio with military rites performed by VFW Post 8445 Wapakoneta.

The staff of the Eichholtz Daring & nSanford Funeral Home in Jackson Center is honored to serve the Ambos family.

To order memorial trees or send flowers to the family in memory of Robert L. Ambos, please visit our flower store.
Send a Sympathy Card