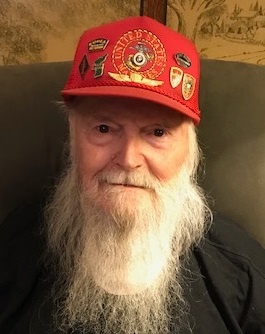 Bob was born January 28, 1931, in Pensacola, Florida.  As a child, he lived in Jacksonville, Florida, and Augusta, Georgia before moving to California where he graduated from Alhambra High School.  Bob was a Veteran of the United States Marine Corp and retired in 1977 as a Sergeant Major (Master Gunnery Sergeant) after 30 years of service including time in Korea (1954-1956).  He fought at the Chosin Reservoir (one of the “Frozin Chosin”) and in Vietnam (1964-1966).  Bob was part of the SOG (Studies and Operations Group).  He was awarded the Silver Star and two Purple Hearts.  During his time in the service, he traveled worldwide performing his military duties.  He was in charge of the U.S. Marine Corp Security Guard at the U.S. Embassy in Prague during the “Prague Spring” in 1968.  He was also in charge of the USMC Embassy Security in Germany, Belgium, and Lima, Peru.  Bob retired in 1977 from Quantico, Virginia.

Following his military retirement, Bob worked as a dispatcher for the Bellefontaine Post of The Ohio State Highway Patrol and retired from the U.S. Post Office where he worked in Lima and Russells Point.  He had also worked at Montgomery Ward as a salesman, and as a security guard at Super Foods.  Bob enjoyed reading, watching old movies, and watching military specials.  He also enjoyed spending time with his friends, family, and grandchildren.  He was always ready to tell stories of his travels and adventures.  Bob was the trivia king, movie buff, music lover, and friend to everyone.  Always prepared with extra blankets, hats, gloves, scarves, and coats – no one was ever cold under his watch.  He was a member of the Rushsylvania United Methodist Church.

The staff of the Eichholtz Daring & Sanford Funeral Home & Cremation Center in Bellefontaine is honored to serve the Gattis family.

To order memorial trees or send flowers to the family in memory of Robert Andrew Gattis, please visit our flower store.