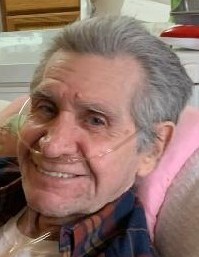 He was born July 9, 1946, to the late Paul and Hazel (Downing) Ray. He was also preceded in death by a sister, Paulette Hicks and a brother, Charles Ray.

A private graveside service will be held at the Grove Cemetery in Kenton, Ohio at the convenience of the family.

To order memorial trees or send flowers to the family in memory of Robert Daniel Ray, please visit our flower store.
Send a Sympathy Card