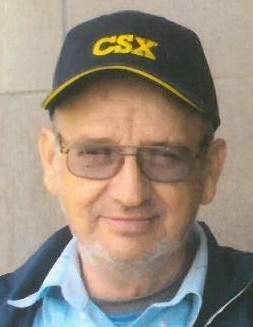 Roger was born August 19, 1946, in Greenville, Ohio, to the late George E. and E. Dorothy (Deubner) Crumrine.  He was also preceded in death by his in-laws Norman and Helen Mangen, and a brother-in-law, Mike Cochran.

Roger married Ann Mangen February 19, 1977 in Greenville, and she survives in Bellefontaine.  He is also survived by children: Timothy Crumrine, Robert Crumrine, Rhonica Pool and Shaun Crumrine; several grandchildren, including Grace and Jonathan Crumrine; one great-granddaughter and a brother, Charlie Crumrine.

Roger worked as the manager of the Holland Theatre for many years.  He was also a cab driver transporting CSX railroad workers.  Roger enjoyed playing with his model trains and was a former member of the model train club.

Friends may call Wednesday, October 20, 2021, from 1 to 4 p.m. at the Eichholtz Daring & Sanford Funeral Home & Cremation Center in Bellefontaine.

Burial will be at a later date in Darke County.

The staff of the Eichholtz Daring & Sanford Funeral Home & Cremation Center in Bellefontaine is honored to serve the Crumrine family.

To order memorial trees or send flowers to the family in memory of Roger L. Crumrine, please visit our flower store.