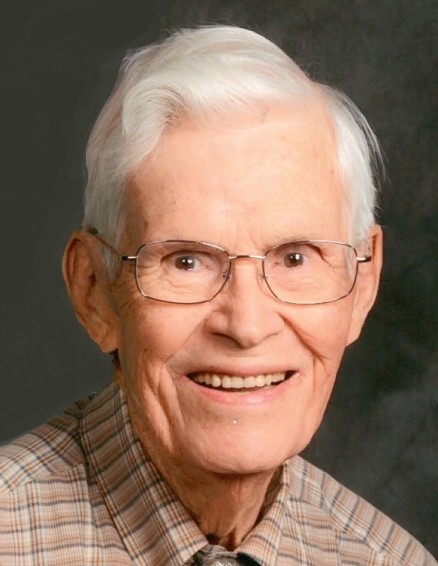 Roger was born October 5, 1925, in West Jefferson to the late James C. and Ruby (Harbage) Timmons. He married Elizabeth “Betty” Sidner June 5, 1948 in West Jefferson, and she preceded him in death October 30, 2015.  Roger was also preceded in death by his brothers Robert and Ben Timmons, and a grandson, J.R. Shaw.

Roger graduated from West Jefferson High School then attended Findlay College and proudly served in the United States Navy during World War II.  He was a salesman for the Ohio Seed Company, farmed locally and owned the Little Red Mill in Belle Center for many years.  Roger was a member of Bellefontaine First Church of God, Madison Lodge #221 F&AM, Bellefontaine American Legion Post #173, and the Kenton Elks Lodge #157.  He was a past member of the West Jefferson Village Council and the Madison County School Board.

Pastor Gary Brown will officiate Roger’s funeral service Saturday, January 11, 2020, at 12 noon at the Bellefontaine First Church of God, where visitation will be held from 10 a.m. to 12 noon prior to the funeral.

Military honors will be provided following the funeral service by members of the Logan County Veteran Honor Guard.

To order memorial trees or send flowers to the family in memory of Roger Leigh Timmons, please visit our flower store.
Send a Sympathy Card