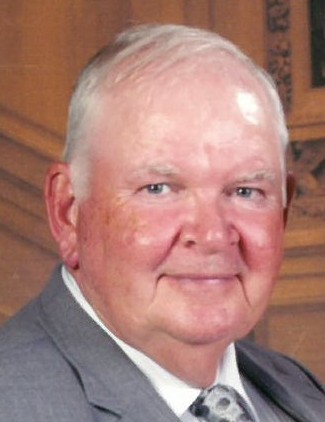 Roy W. Shawver Jr. passed away at home in the presence of his loving family September 9, 2021.

He was born December 29, 1940, to the late Roy W. Shawver Sr. and Hattie Miller Shawver.  He is a 1959 Graduate of Bellefontaine High School.

Roy is survived by his wife, Mary L. (Scott) Shawver whom he married October 8, 1961.  Roy’s love and adoration of his wife was very apparent every time he looked at her and smiled.  He is survived by daughters Mary Jane Shawver of Powell, Ohio and Amy Leigh (Alan) Sullivan of Huntsville, Ohio and son-in-law, James Medley of Columbus. Roy was a wonderful and loving father and was very proud of his girls.  Roy also has five grandchildren who brought him great joy.  Grandsons Jimmy, Joshua and Jacob Medley, granddaughter Paige Jones and grandson Ethan Jones.  He is also survived by many nieces and nephews.

Roy’s favorite things to do was spending time with his family and grandchildren.  He was quite the prankster with the kids and always had everyone laughing.  He was an avid golfer and always said he would golf eight days a week if he could.  He had three holes-in one at Cherokee Hills Golf Course where he worked for many years as a hobby.  He bowled a perfect 300 game at TP Lanes in February 2013 at the age of 72. When asked which accomplishment was the hardest, he said the 300 game because a crowd had formed behind his alley and it made him nervous.  Roy was an avid sports enthusiast and enjoyed watching The Cincinnati Bengals, Cincinnati Reds and Ohio State Buckeye Football.

Roy was a faithful blood donor for the American Red Cross having donated approximately twenty six gallons of blood in his lifetime.  Roy always felt that blood donation was a very important part of saving so many lives. Roy never met a stranger.  He always had a pocketful of 50 cent pieces that he enjoyed handing out to children, family and friends.  That is how he wanted to be remembered.

Roy worked at Rockwell International in Bellefontaine from 1961 to November 1982.  He then worked for Honda of America from 1982 until he retired in 2003.

The family will receive friends from 11 a.m. to 1 p.m. Thursday, September 16, 2021, at the Eichholtz Daring & Sanford Funeral Home & Cremation Center in Bellefontaine, where Pastor J. Mac Geissinger will officiate a funeral service at 1:00 p.m.

Burial will follow the funeral service at the Huntsville Cemetery in Huntsville, Ohio.

The staff of the Eichholtz Daring & Sanford Funeral Home & Cremation Center in Bellefontaine is honored to serve the Shawver family.

To order memorial trees or send flowers to the family in memory of Roy W. Shawver Jr., please visit our flower store.
Send a Sympathy Card