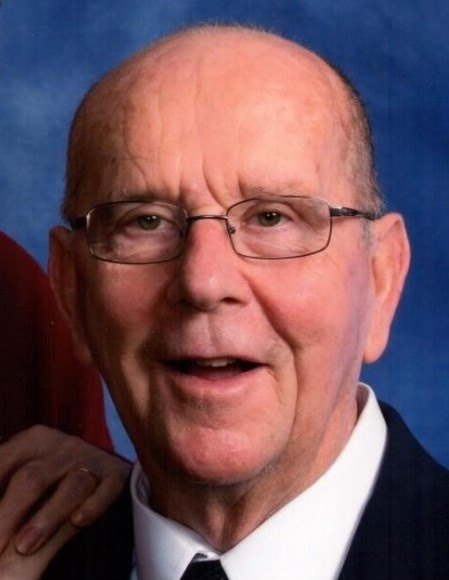 He was born June 21, 1931 in West Liberty, a son of the late Samuel Clarence and Golda Ellen (Yoder) Plank.

On November 10, 1957, Sam married the former Mary Lou Smucker in West Liberty, and she preceded him in death January 23, 2021. He was also preceded in death by a son-in-law, Neil Hostetler; two sisters, Lydia Elizabeth “Libby” Geil and Sarah Jeanette Hostetler and a brother, Robert L. Plank.

Sam’s greatest accomplishment was his family of 5 little girls whom he taught to love God, love each other, work hard, and have fun. He had a strong work ethic and worked many jobs to provide for his family: dairy farmer, Grimes, WL-S school bus driver, Esch’s Meats, truck driver for Hobart/General Castings, and security guard at ELP Honda for Acrux/Genric from which he retired at age 87. He loved the outdoors being in his bobcat or mower, taking walks or just laying in a chair in the sun, enjoying God’s creation.

There are many stories of ornery Sam in his youth, some he owned up to and others he didn’t. A favorite verse was Psalm 25:7 NIV “Do not remember the sins of my youth and my rebellious ways; according to your love remember me, for you, Lord, are good.”

Sam was a lifetime member of the Bethel Mennonite Church. He was honored to be able to donate his body to The Ohio State University Anatomical Department.

Burial will be at the Fairview Cemetery in West Liberty at a later date.

To order memorial trees or send flowers to the family in memory of Samuel Clifford Plank Jr., please visit our flower store.
Send a Sympathy Card