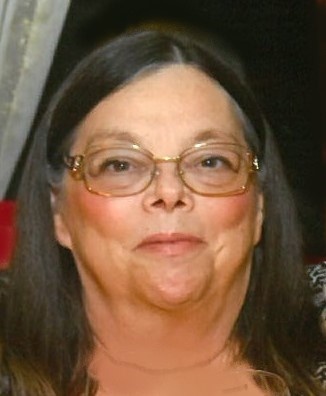 Sandy was born in Dayton on September 14, 1954, to Charlie First and the late Patricia Meyers.

Sandy married Charles Robert “Bob” Hemmer on August 14, 1998, and he survives in Bellefontaine.  She is also survived by sons: John Weaver of Dayton, and Bryan (Lisa) Weaver of Dayton; step-children: Sara (Ryan) Ahlers of St. Marys, and Lindsay Hemmer of Bellefontaine; many grandchildren; her father Charlie First of Orlando, Florida; three brothers: Bud First, Bobby First, and Sonny First, all of Florida; and several nieces and nephews.

Sandy worked in management for many years and loved her work at NEX before retiring in 2007.

Deacon Jeff Hall will officiate Sandy’s funeral on Monday, July 18, 2022, at 11am, at Eichholtz Daring & Sanford Funeral Home & Cremation Center, Bellefontaine.  Burial will be at a later date.

To order memorial trees or send flowers to the family in memory of Sandra Jean Hemmer, please visit our flower store.
Send a Sympathy Card