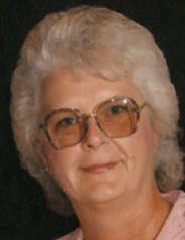 She was born December 18, 1941, in West Mansfield, Ohio to the late Lloyd R. and Clara Belle (Smith) Orahood.

Sandra met her first husband, Willis E. Knight at Don’s Hamburgers in Bellefontaine and they were married February 6, 1971. He preceded her in death December 1, 1973. On July 3, 2000, Sandra married Joseph Slavin, and he preceded her in death November 30, 2012.  She was also preceded in death by two sisters, Frieda Amos and Minnie Belle Jones; three brothers, Fay Orahood, Fred Orahood, and Francis “Fanny” Orahood and three half-siblings.

A homemaker, Sandra had worked in environmental services at Mary Rutan Hospital and Indian Lake Manor. She had also worked at Yeasel’s and PCPI Injection Molding. Following her retirement from PCPI, she began working concessions for Slavin’s Concessions. Sandra was a life-member of Amvets Ladies Auxiliary in Lakeview and enjoyed gardening, word search puzzles and listening to “oldies” country music.  Sandra also enjoyed collecting bells and wooden potato mashers.

Pastor Floyd Lundy will officiate the funeral service at 1 P.M. Thursday, September 12, 2019, at the Daring & Sanford Funeral Home in DeGraff, Ohio. Visitation will be held Wednesday, September 11, 2019 from 6 to 8 P.M. and Thursday from 12 noon to 1P.M. at the funeral home.

To order memorial trees or send flowers to the family in memory of Sandra Eileen Knight Slavin, please visit our flower store.
Send a Sympathy Card