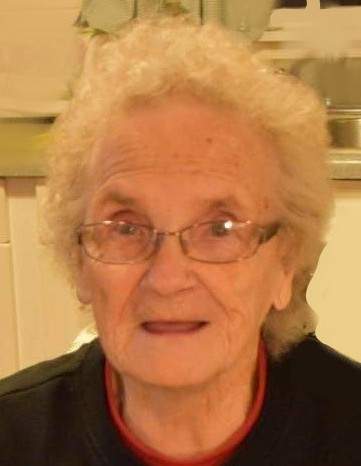 Sandy was born in Springfield, Ohio December 8, 1937, to the late John and Ethel (Shonkwiler) Adrian.  She married Charles E. Yelton April 6, 1957, in Mt. Victory, Ohio and he preceded her in death December 2, 1984.  Sandy was also preceded in death by a son-in-law, Jeff Zedeker; three sisters, Betty Piatt, Marie Oakley and Ann Atcheson; two brothers, Jim Adrian and an infant brother and a great-granddaughter, Tiana Monterroza.

Sandy was a Veteran of the United States Navy having served from July 1956 until her honorable discharge in October 1957.   She worked several years as a custodian at the Bellefontaine First Church of God.  After getting her nursing degree at the age of 51, she worked fifteen plus years at Logan Acres as a nurse.  Sandy was a loving mother, grandmother and friend.  She and her husband helped hundreds of families at Christmas time starting in their home and then moving the help to the church with the bus ministry over a span of thirty seven years.  As a fifty plus year member of the Church of God, she was active on many boards and touched the lives and helped many people.

Pastors Gary Brown and Melissa Scott will officiate Sandy’s funeral Saturday June 5, 2021 at 10 a.m. at the church.  Burial will follow the funeral service at the Huntsville Cemetery in Huntsville, Ohio.

The family would like to extend a special thank you to Universal Home Health and Hospice nurses Erin and Cheryl, and social worker Karla for the care they gave to Mom.

The staff of the Eichholtz Daring & Sanford Funeral Home & Cremation Center in Bellefontaine is honored to serve the Yelton family.

To order memorial trees or send flowers to the family in memory of Sandra Lee Yelton, please visit our flower store.