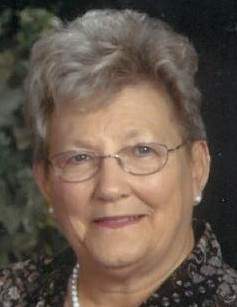 Shirley A. Hostetler of West Liberty, Ohio passed away at 8:50 a.m. Tuesday, June 2, 2020 at the Campbell Place Assisted Living Community in Bellefontaine, Ohio.

She was born in Champaign County Ohio February 21, 1935, a daughter of the late Harley Zenith and Dorothy (Kennedy) Flora.  She was also preceded in death by an infant daughter and three sisters, Ruth, Janet and Karen.

Shirley worked as a homemaker and the bookkeeper for her family’s business Hostetler Construction and later as a rural mail carrier for the United States Postal Service.  She was a longtime member of the West Liberty United Church of Christ where she taught Sunday School.  She enjoyed bowling which she was very good at with numerous trophies to show for it.  Shirley also enjoyed spending time with her family.

Kirk Scott will officiate a graveside service Friday, June 12, 2020 at 1:00 p.m. at the Fairview Cemetery in West Liberty.

The staff of the Eichholtz Daring & Sanford Funeral Home in West Liberty is honored to serve the Hostetler family.

To order memorial trees or send flowers to the family in memory of Shirley A. Hostetler, please visit our flower store.