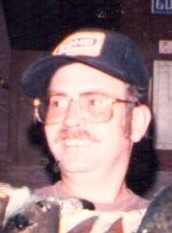 He was born in Bellefontaine, Ohio December 12, 1946, a son of Marie M. (Fridley) Perk and the late Roy Edwin Perk.

A contractor, Steven enjoyed fishing, woodworking, sitting in his swing, and cooking.

A private graveside service will be held in Greenwood-Union Cemetery in DeGraff, Ohio at the convenience of the family.

The staff of the Daring & Sanford Funeral Home in DeGraff is honored to serve the Perk family.

To order memorial trees or send flowers to the family in memory of Steven Carl Perk Sr., please visit our flower store.
Send a Sympathy Card