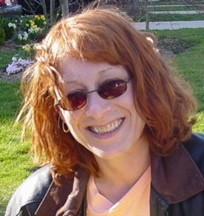 Susie, as many knew her, was born in Urbana,Ohio, on December 5th, 1956, to the late Esther Jane (Teach) and William Strayer Brown.

Three of her sisters have reached their heavenly father before her. They are Sheryl Lee (Dick) Virts, Carol Ann (Rick) Baker, and Mikela Sue (Loren) Schmidt. Susie is survived by both an older brother, William S. (Kay) Brown of Westfield, Indiana and a younger sister Jennifer Ellen (Robert) Bidwell of West Liberty, Ohio.

A lifelong resident of West Liberty, Ohio, Susie graduated from High School in 1975. In her early adult life, she worked for Troutwine’s Super Value, Lew’s IGA, West Liberty Market, and Thoman’s IGA. At the age of forty-one, she made the leap and became a Honda associate in Marysville, where she worked for 15 years in the weld department and retired in 2013.

A woman of faith, Susie attended the United Church of Christ in West Liberty where she had been a Sunday School teacher for several years.

Making diverse types of crafts, with a particular niche in making unique clothing for Barbie dolls was a hobby that Susie enjoyed. She was also known for riding her motorcycle, loud and proud, and continued to do so courageously despite colliding with a deer on the way home from work one night.

Susie had a personality like no other, full of spunk, an avid sense of humor, and touched the lives of everyone fortunate to have crossed her path. She remains an unforgettable person.

Susie was diagnosed with lung cancer in June of 2021, which had spread to her liver and bones, and ended her earthly life.

There is no doubt that Susie is now in the presence of her lord and savior Jesus Christ.

The staff of the Eichholtz Daring & Sanford Funeral Home in West Liberty is honored to serve the Spires family.

To order memorial trees or send flowers to the family in memory of Susan Jane Spires, please visit our flower store.