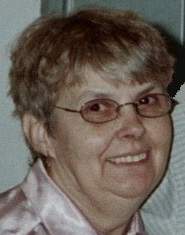 Sylvia was born in Pike County Kentucky March 28, 1948, to the late Joe and Mavis (Coleman) Slone.  She was also preceded in death by her husband Clifford Adkins; a son, Roger Adkins; a granddaughter, Rachael Nichole Adkins; a brother, Larry Slone and sisters Evelyn Hungate and Carol May.

Sylvia was one of Jehovah’s Witnesses, and a homemaker most of her life.

A memorial service will be held at a later date and can be viewed via Zoom.

The staff of the Eichholtz Daring & Sanford Funeral Home & Cremation Center in Bellefontaine is honored to serve the Adkins family.

To order memorial trees or send flowers to the family in memory of Sylvia Adkins, please visit our flower store.