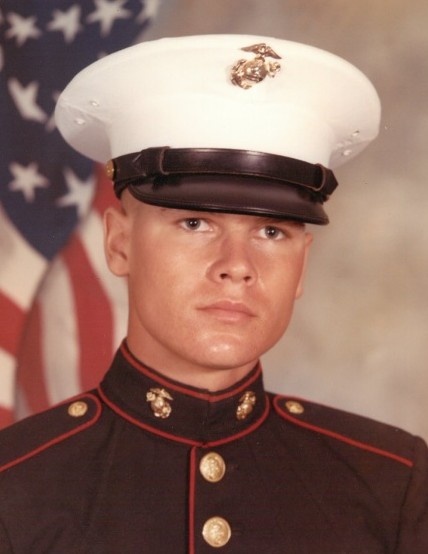 Terry is survived by his father Robert Reinman of Russells Point; a sister, Michele Vanden Brand of Holland, Michigan; a brother, Richard Reinman of Bellefontaine, Ohio and numerous aunts, uncles and cousins.

A 1982 graduate of Bellefontaine High School, Terry received his Bachelor of Science degree in Business from The Ohio State University.  He proudly served in the United States Marine Corps from 1982-1986, and in the United States Navy from 1987-1991 earning numerous awards and citations during his service.  Terry worked for Nationwide Insurance as a Senior Developer.  He enjoyed boating, riding his motorcycle, watching Ohio State games and spending time with his family, friends, and beloved dog Maddie.

Visitation for Terry will be held Friday, March 19, 2021 from 6 to 8 p.m. at the Eichholtz Daring & Sanford Funeral Home & Cremation Center in Bellefontaine.  Due to the current pandemic orders, please be symptom-free, practice social distancing and wear a mask.

Private family burial will be in Dayton National Cemetery.

The staff of the Eichholtz Daring & Sanford Funeral Home & Cremation Center in Bellefontaine honored to serve the Reinman family.

To order memorial trees or send flowers to the family in memory of Terry Scot Reinman, please visit our flower store.