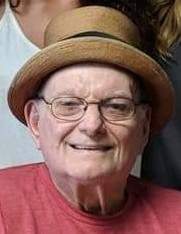 He was born in Bellefontaine March 31, 1935, a son of the late Harold and Isabelle (Sparks) Harris.

On November 7, 1978, Ted married the former Judy Kensler in Bellefontaine and she preceded him in death July 18, 1986. He was also preceded in death by his sister, Emma Harris; a brother, Eldon “Topsy” Harris and a brother-in-law, Byron Clark.

Ted had worked as support staff for the Logan County Sheriff’s Department. He enjoyed fishing, classic cars and listening to George Jones songs. He especially loved spending time with his family.

Burial will follow the funeral service at the Miami Cemetery in Rushsylvania, Ohio.

To order memorial trees or send flowers to the family in memory of Theodore L. Harris, please visit our flower store.