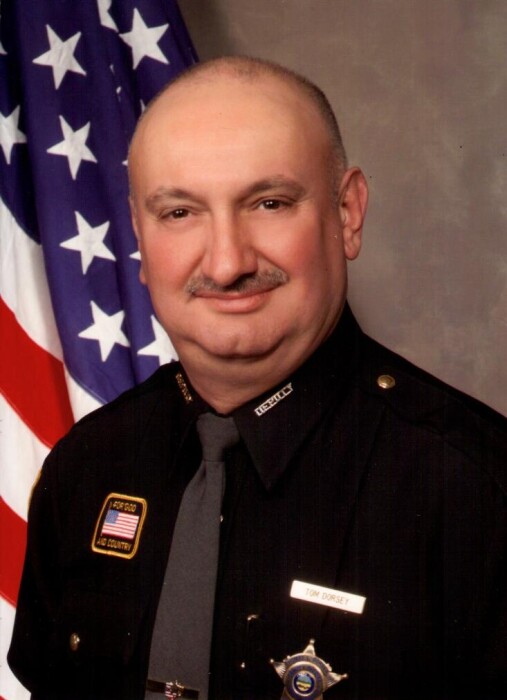 He was born to Richard “Dick” and Carolyn Rae (Stickley) Dorsey October 7, 1960 in Sidney.

Tom is survived by his three daughters, Misty (Mark Moore) Dorsey of Glendive, Montana and her mother, Jackie Dorsey of DeGraff, Katie (Ansel) Whittle of Thomson, Georgia and Kristie (Derrick) Purtee of Bellefontaine, Ohio and their mother, Lori (Litteral) Dorsey.

His pride and joy were his four grandsons, Ansel Jr. and Alexander Whittle of Thomson, Georgia and Anderson and Jackson Purtee of Bellefontaine. He is also survived by his sisters, Shelly (John) Leighty of Sidney, Jeannie (Matt) Cooper of Conover, Ohio and Brenda (Reino) Kauppinen of Quincy, Ohio and a brother, Doug Dorsey (Jack Hanna) of Wardensville, West Virginia.

Tom was a former associate at Honda of America, owned and operated Tom’s Service Barn in Quincy, and retired from the Logan County Sheriffs Department Auxiliary after thirty four years of service. He loved his family and cherished the time spent with them.  Tom cared deeply about his community and would go out of his way to help those in need.

Through his service and his occupation Tom touched many lives, he will be deeply missed.

As a 1979 graduate of Riverside High School and former School Board Member, the family will be establishing a memorial scholarship for Riverside students that want to pursue a career as an automotive technician. In lieu of flowers, contributions can be made to the Tom Dorsey Scholarship.

The family will receive friends from 4 to 7 p.m. Wednesday, February 10, 2021 at the Daring & Sanford Funeral Home in DeGraff.

Interment will be at the Fairview Cemetery in Quincy, Ohio at a later date.

The staff of the Daring & Sanford Funeral Home in DeGraff is honored to serve the Dorsey family.

To order memorial trees or send flowers to the family in memory of Thomas Lee Dorsey, please visit our flower store.
Send a Sympathy Card