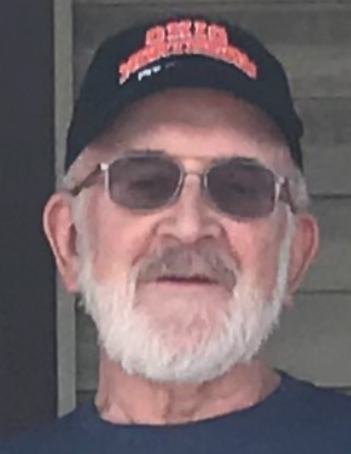 Thomas Lynn Prater, 71, of DeGraff, Ohio went home to be with his Lord and Savior on April 22, 2021. He was born on May 5, 1949 in Bellefontaine, Ohio and raised in DeGraff. Tom was the only son of the late Jack and Louise “Betsy” Prater. Tom is survived by 8 sisters: Kathy (Gary) McCulla of West Liberty, Joanne (Greg) Campbell of Quincy, Connie (Allen) Yutzy of Plain City, Linda (Steve) Brautigam of Quincy, Terry Prater of DeGraff, Sharon (Darrell) Heaberlin of DeGraff, Peg (Mike) Cook of West Liberty, and Jackie Prater of DeGraff.

Tom attended and graduated from Riverside High School in DeGraff, Ohio in 1967.

In 1972, he married the late Darlene Brinkman. They had 2 children Kimberly (Rich) Pickering of Urbana, and Michael (Tanya) Prater of Springfield, Ohio.

In 1984 he married Vicki (Fredericks). Tom shared in raising her 2 sons: Brison (Ginger) Allmon of Bellefontaine, Ohio, and Keenan Reames of Columbus, Ohio.

Tom was employed with Hirschfeld Agri-Service of DeGraff from 1969-1985. He then worked for Honda of America (Marysville Ohio) from 1985-2019. He retired from his position as Coordinator in the Weld Engineering Dept. in March of 2019.

Tom was a past member of the St. Patrick’s Catholic Church in Bellefontaine Ohio. He also held membership with the Miami Grange in DeGraff Ohio.

Tom enjoyed many interests. Watching the NASCAR races on TV, keeping busy in his garage with woodworking projects, handing out nicknames for everyone, growing morning glories, and a special love for our rescue Chihuahuas. His greatest enjoyment came from being a grandfather of 7: Rachel and Andrew Pickering, Hailey Prater, Quinn and Ross Allmon, and Braydon and Samantha Rice. Tom loved his family deeply. His legacy to them was to remember the importance of their last name, a name to be proud of. Be respectful and others will mirror that. Most of all don’t lie. Liars won’t be successful in the end.

The family will receive friends from 3 to 7 p.m. Monday, April 26, 2021 at the Daring & Sanford Funeral Home in DeGraff.

Burial will follow the funeral service at the Philadelphia Cemetery.

In lieu of flowers, donations would be appreciated to go to the His Hands Extended Pet Sanctuary  1560 Dialton Rd.  St. Paris OH 43072 or to Universal Home Health & Hospice  921 Rush Ave.  Bellefontaine, OH 43311

The staff of the Daring & Sanford Funeral Home in DeGraff is honored to serve the Prater family.

To order memorial trees or send flowers to the family in memory of Thomas Lynn Prater, please visit our flower store.
Send a Sympathy Card