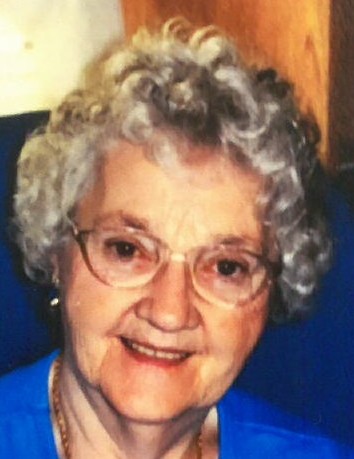 She was born in Quincy, Ohio December 27, 1925, to the late Clarence and Opal Belle (Kaylor) Cummings.

Virginia married Leo D. Craig August 13, 1941 in Huntsville, Ohio, and he preceded her in death March 18, 1998.  She was also preceded in death by her second husband, Leland W. Quay whom she married September 4, 1999 and he passed away July 18, 2000.  Also preceding her in death was a son, Leo R. Craig; her brothers, Herschel, Lawrence, Clifford, and Lewis Cummings; her sisters, Evelyn Skidmore and Eileen Smith and four great-grandchildren.

Virginia was a member of the Belle Center Church of Christ and had been a past superintendent of the Rushsylvania Church of Christ.  She taught Sunday School at both churches.  In her younger years, Virginia enjoyed doing crafts.

Friends may call Thursday, April 25, 2019, at the Eichholtz Daring & Sanford Funeral Home & Cremation Center in Bellefontaine from 4 to 7P.M.

Pastor Kris Langstaff will officiate a graveside service Friday, April 26, 2019, at 1 P.M. at the Rushsylvania Cemetery in Rushsylvania.

To order memorial trees or send flowers to the family in memory of Virginia R. Craig Quay, please visit our flower store.
Send a Sympathy Card