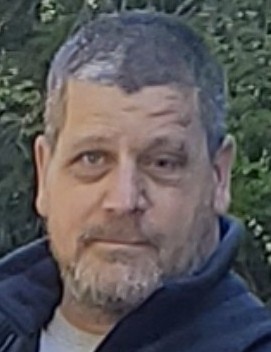 He was born in Raymond, Ohio September 15, 1965, a son of the late Earl Wayne and Zelma (Fridley) McCann. He was also preceded in death by a brother, Lawrence “Larry” Presley.

On April 21, 2006, he married Aileen O. (Ogdoc) McCann in the Philippines and she survives.  He is also survived by his stepson, Harvey McCann; a half-brother, Elvis (Michelle) Painter and several nieces and nephews including Francis, Kengi, Nijiro, Norika and Kaia.

Wayne worked as a welder for most of his working career, most recently working for Honda Manufacturing in Marysville since 2014.  He loved to shoot pool and traveled to play in tournaments throughout Ohio and beyond.  He and his wife enjoyed traveling and being outdoors.

Services will be held privately.

The staff of the Eichholtz Daring & Sanford Funeral Home & Cremation Center in Bellefontaine is honored to serve the McCann family.

To order memorial trees or send flowers to the family in memory of Wayne Alan McCann, please visit our flower store.