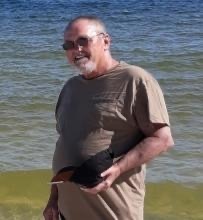 He was born in Chillicothe February 6, 1948, to the late Cecil A. Wilson and Juanita G. (Pollock) Burcham Hampton.  Bill was also preceded in death by two sisters; a brother; special step-father, Orville Burcham; his mother-in-law and father-in-law, Mary and Thomas Porter and his brother-in-law, David Scheff.

Bill worked for many years at Champion Company in Springfield and retired in 2016 as a press operator from KTH after twenty years of employment.

The family would like to extend special thanks to Memorial Hospital Specialty Care Center and to Universal Home Health Hospice, especially Amanda for her special talks with Bill during her visits.

At Bill’s request, a special celebration of his life will be held at a later date.

The family was assisted with the arrangements by the staff of the Daring & Sanford Funeral Home in DeGraff.

To order memorial trees or send flowers to the family in memory of William J. Wilson, please visit our flower store.