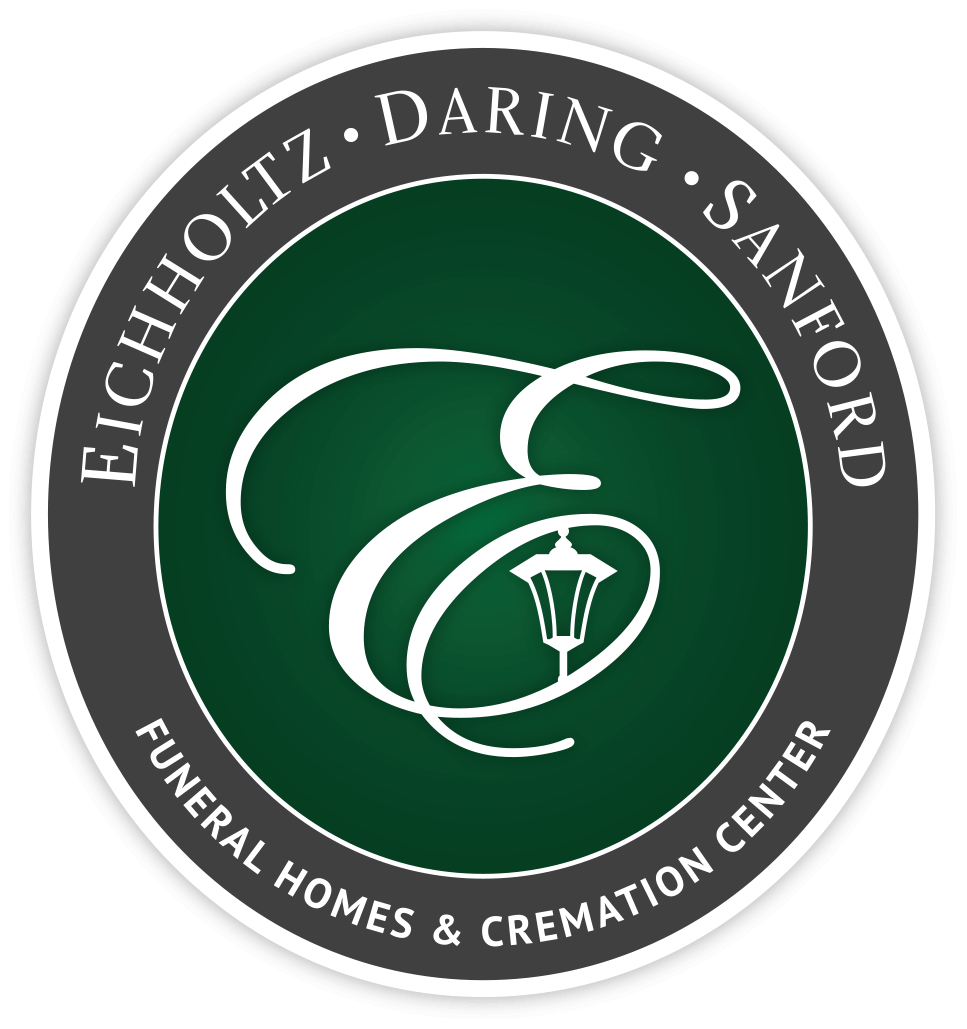 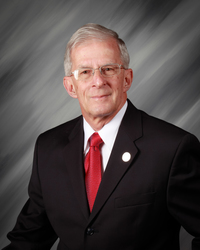 A native of Bellefontaine, Bud graduated from Bellefontaine High School in 1962, attended the Wittenberg University in Springfield, Ohio, and was a 1975 graduate of the Cincinnati College of Mortuary Science. Upon his graduation from C.C.M.S. he joined the family funeral business in Bellefontaine, where he became a third generation funeral director/embalmer. Married to the former Mona Brown, also a Logan County native, they are the parents of two children, Rush III, and Krista Adelsberger, and have four grandchildren. Bud is active in many community clubs and events, and is a member of the First United Presbyterian Church in Bellefontaine and the Ohio Funeral Directors Association. 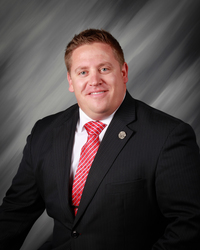 A native of Bellefontaine, Trey is a 1997 graduate of Bellefontaine Senior High School and a 2001 graduate of the University of Cincinnati. In 2002 he graduated from the Cincinnati College of Mortuary Science and became an Ohio licensed funeral director and embalmer in 2003. Trey also holds his Ohio insurance license. He joined the Eichholtz Funeral Home Family in 2006, after working in Loudonville for Walt Lindsey, Past President of OFDA, for four years.  Trey became a managing partner in 2012.

Trey is active with the Ohio Funeral Directors Association recently serving on the Young Funeral Director's Committee. He also belongs to the Bellefontaine Exchange Club. He has served on the Logan County Residential Homes board and on the Hilliker Y.M.C.A. board, where he was on the Board Development Committee.  He is a past-president of The Order of Symposiarch’s of America, Bellefontaine Chapter.

He and his wife, Kyle, who is the Director of Special Education Services for Bellefontaine City Schools, are parishioners of the St. Patrick Catholic Church in Bellefontaine, where Trey serves on the Diakonia Team.   Trey enjoys coaching his children in all of their sports and activities and following The Ohio State University Athletic programs. 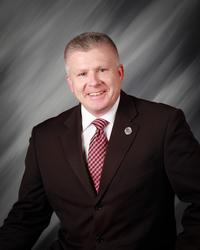 A native of DeGraff, Dennis graduated valedictorian from Riverside High School in 1992. He earned his Associates of Applied Science Degree in Registered Nursing from Edison State Community College in Piqua in 1998. In 2000, Dennis graduated Summa Cum Laude from the Cincinnati College of Mortuary Science, receiving both the Dr. A.J. Nunnamaker Memorial Award for graduating valedictorian as well as the Charles O. Dhonau Memorial Embalming Award for demonstrating excellence in embalming. Dennis became co-owner of Eichholtz Daring & Sanford Funeral Homes on June 29, 2012. A Past Master of Boggs Lodge #292 F&AM in DeGraff, Dennis volunteers much of his time coaching youth athletics. On November 28, 1998, Dennis married his wife Tara (Hostetler), who works as a registered nurse at the Mary Rutan Hospital Family Birth Center. They reside in West Liberty with their two children, Madelyn and Hayden. 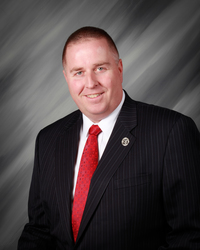 Originally from Fostoria, Ohio, Eric is a graduate of Fostoria High School and has a bachelors degree from The Ohio State University. After obtaining his Funeral Director license in 1997, he worked several years in Mansfield and then relocated to Logan County. He has been associated with Eichholtz Funeral Homes since 2009.

In his spare time, Eric enjoys golfing and spending time with his wife Jane and their son Adam, who is a student at Benjamin Logan School. Eric provided video support for the Indian Lake football program for twelve years and is currently doing video for Benjamin Logan football.  He also helps with his son's baseball, basketball and football teams.

Eric and Jane are members of the Huntsville United Methodist Church. 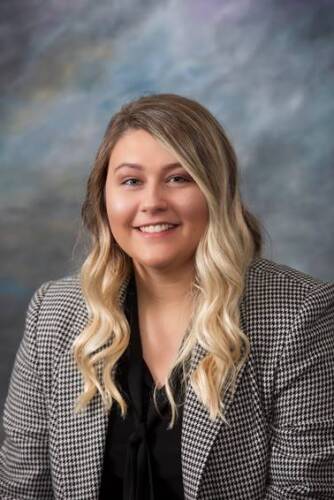 Originally from Lima, Ohio, Hannah is a 2017 Shawnee High School graduate. She graduated in December 2020 from the Cincinnati College of Mortuary Science where she received her bachelor's degree.

Hannah will be serving her year long apprenticeship with Eichholtz Daring & Sanford Funeral Homes and on completion will be a licensed funeral director and embalmer.

In her spare time Hannah enjoys spending time with her husband Braden and her fur babies Nala, Melody and Emmie. She also enjoys traveling, golfing, shopping and watching the Michigan Wolverines. 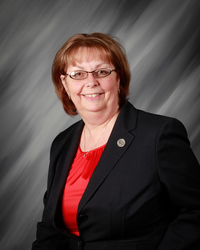 Karla serves as office manager of the Eichholtz Daring & Sanford Funeral Home in Bellefontaine. She was born and raised in Jackson Center where she graduated from Jackson Center High School. She has been working in the funeral industry for 30 years including many years at Van Horn Funeral Home of Lakeview and Jackson Center before coming to the Bellefontaine location in 2010. Her family includes her husband Keith whom she married in January 1976, and two daughters, Danielle (Jeff) Davis of Fort Loramie and Tara (Adam) Rohr of Galena. They are proud grandparents of Elliott and Tatum Davis and Olivia and Tyler Rohr. She is a member of the Jackson Center United Methodist Church. In her spare time she enjoys watching her grandkids, going to their sporting events and watching all of their activities. She is an avid fan of the Cincinnati Reds where she attends many games and enjoys watching them on TV. She also enjoys all sports including The Ohio State Buckeyes. 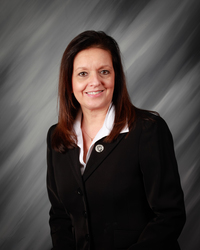 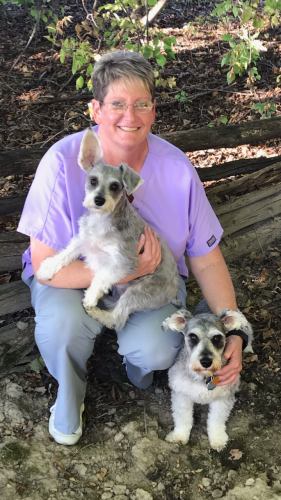 Choy grew up in Huntsville, Ohio and graduated from Indian Lake High School in 1987. On July 1, 1989, she married Dean Sanford and they are the proud parents of Sydney and Olivia Sanford.

Choy has worked in the veterinary field for twenty years and is a member of the Huntsville Presbyterian Church.

In her spare time she enjoys spending time with her pets, flower gardening, bird watching, antiques and flea markets and watching the Cincinnati Reds. 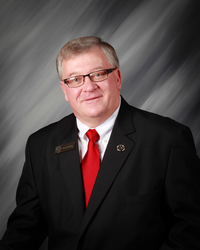 Born and raised in Bellefontaine, Dane is a 1972 graduate of Bellefontaine High School and a 1976 graduate of Ohio Northern University with a degree in Business/Accounting. Married to Mindy, they have two children, Trey and Bryn, and five grandchildren. Dane retired from Honda and now enjoys spending quality time with his family at the “Daring Farm”, as well as watching all The Ohio State University athletic activities. 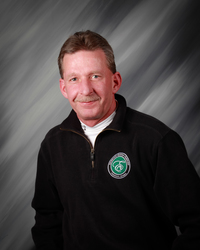 A native of Bellefontaine, Rush graduated from Bellefontaine High School in 1982. He is the son of Rush “Bud” and Mona (Brown) Eichholtz, and has a daughter Courtney. Rush has been a funeral director assistant with Eichholtz Daring & Sanford Funeral Homes since 2001. He enjoys spending time with his wife, the former Diana Buckingham, and playing golf. 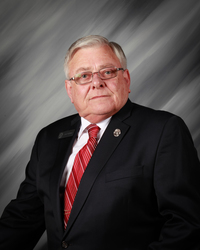 A Logan County native, Lee grew up in DeGraff and graduated from Riverside High School in 1965. He served in the United States Army from 1966-1968. In 1969, Lee married his wife Sara (Helmlinger) and they have three children, Shantel, Melissa and Todd. Lee and Sara have been blessed with five grandchildren and one great granddaughter. Lee retired from Navistar in 2004 after thirty five years of service. He served thirty one years on the DeGraff Fire Department and also served on the DeGraff Village Council and the Greenwood-Union Cemetery Board for several years. Lee is a member of Boggs Lodge #292 F&AM and the American Legion Post #652, both in DeGraff. Lee has been with Eichholtz Daring & Sanford Funeral Homes since 2005. 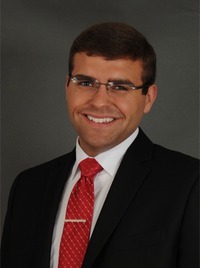 Born and raised in De Graff, Brandon graduated from Graham High School in 2014. Brandon furthered his education by graduating Sigma Alpha Pi with an Associate of Science Degree from Edison Community College, where he served as an active member of The National Society of Leadership and Success.

Brandon is a certified funeral celebrant and crematory operator. He is also certified in mass fatality response and recently joined the Ohio Mortuary Response Team which responds to local, state, and national mass fatality incidents. Brandon is also an active member of the Logan County Young Professionals.

Brandon graduated from the Cincinnati College of Mortuary Science in 2018. At graduation, he was awarded the Charles O. Dhonau Award which recognizes the student demonstrating the highest competence in Embalming Theory and Clinical Application in his graduating class. Brandon served his Funeral Directing and Embalming apprenticeship at Eichholtz Daring & Sanford Funeral Home locations in 2017-2018. 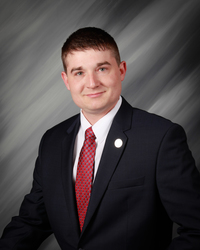 Mike graduated from Bellefontaine High School in 2002. He has been an automotive technician since 2004, working at local car lots prior to opening his own business in 2008. Mike lives in Bellefontaine and has two children, Kayden and Madalyn. He enjoys spending his leisure time with his children, as well as hiking, fishing and working with his hands. Mike has been with Eichholtz Daring & Sanford Funeral Homes since October 2013. 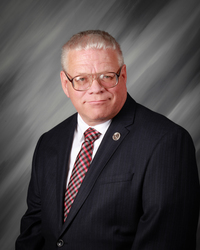 Rick has been associated with Eichholtz Daring & Sanford Funeral Homes since 1969. He and his wife, Becky, live in West Liberty and have three grown children; six grandchildren; and two great grandchildren. Rick is retired from his family insurance business and the Champaign County Communications Center. He is a member of Mad River Lodge #161 F&AM. He was a member of the West Liberty Fire Department for 36 years, and is an avid ham radio operator and model railroader.